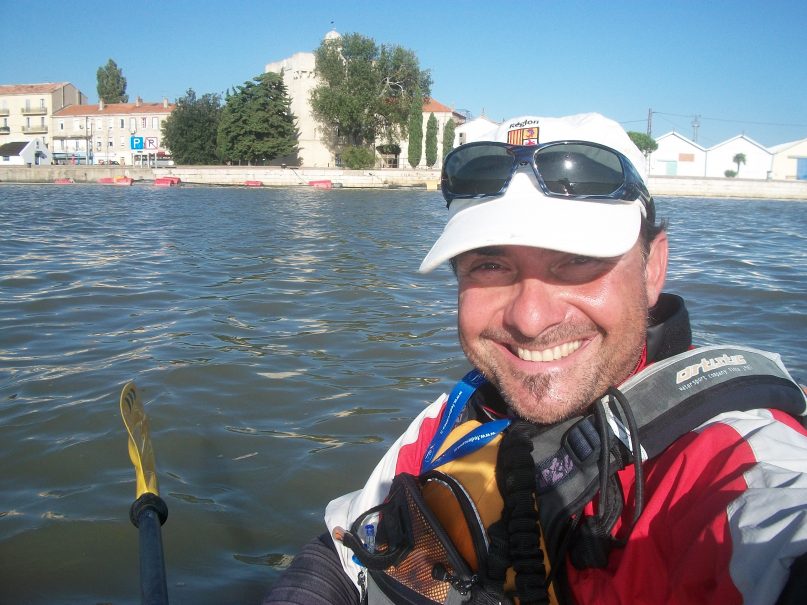 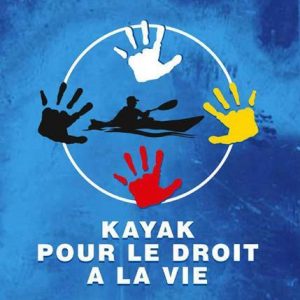 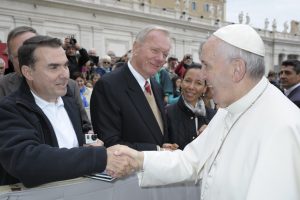 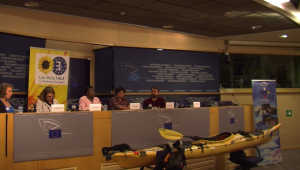 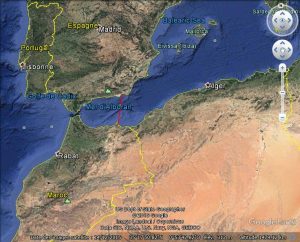 «Kayak for the right to life – Morocco / Spain»

Since the 1990s, tens of thousands men, women and children died in the Mediterranean Sea trying to escape war, persecution or misery.

To mark his outrage, a Frenchman named Georges Alexandre created in 2010, a citizen movement, non-violent, apolitical and non-denominational called “kayak for the right to life”. With the help of mediated crossings in sea kayaking, he encourages the policies of this world to make decisions where the human being would finally be put in the first place. And it works! He already made the tour of the Italian island of Lampedusa in 2010 and a crossing of 3700 km between Tunisia and the European Parliament of Brussels, Belgium, where he arrived in September 2014. This journey allowed him to harvested for 10 months, the written support of MEPs from most political parties. This took him to meet Pope Francis in Rome. The Vatican is also by his side.

We need today in Europe, A COMMON MIGRATORY POLICY! Why ?

Because this situation endures not only because of human distress, but also because of huge financial interests! It is not a “migration crisis” but the result of selfish policies perpetrated by the countries of the European Union. And this is true even today, with the hunt given to NGO rescue boats in the Mediterranean Sea.

Georges Alexandre is neither for nor against immigration, it is so that we know the truth! He carried out a comprehensive survey over 8 years on the current migration situation in Europe and elsewhere. He visited many countries and even spent a year as an observer on the Italian island of Lampedusa during the “Arab Spring”. This caused him to be questioned by the Italian police, but they did not arrest him. They knew he was saying true! This field experience allowed him to note the inadequacy of the immigration reception system in Europe and its necessary revision.

Since arriving on a kayak in the European Parliament in 2014, there has been the arrival of Syrians, the death of the small Aylan, on September 2, 2015 as well as that of thousands of other migrants each year. And yet nothing has changed!

Although European countries receive hundreds millions euros from the European Union for the management of their immigration (the funds allocated to this have recently been increased to 10.4 billion euros), the an “Emergency Trust Fund for Africa” ​​has been created, which Europe has financed with billions (6 in all) the aid to refugees in Turkey for President Erdogan to retain them at home and Italy financed and trained the so-called “Libyan Coast Guard, nothing has really changed! The macabre account of deaths at our borders has certainly diminished, but the human toll is most sad.

At the same time, the disturbing “immigration business” has taken off tremendously! Centers for migrants are run by the Mafia in Italy and others are mushrooming all over Europe, attracted by the financial windfall of Brussels. European private companies are infiltrating the refugee camps on our external borders and, most importantly, security multinationals that we do not talk about (like the scandalous G4S) pocket hundreds millions euros per year, with the tacit blessing of the agency. Frontex which introduces them to European policy makers.

First of all Europeans! All this money spent in vain, gives us the illusion that we are protected from the migratory wave that brings us the bad terrorists! For the masses, for lack of information, it is the fault of the migrants and thus the extreme parties (minority, barely 5 years ago) take part today, in the political life of the European countries .

This can not go on ! Pretending a false migratory crisis, these public expenditures drain European budgets that could be used for the economic and social health of our countries. At the European Commission in Brussels, there are experts on migration who have political, demographic and social solutions to be able to manage with dignity and humanly the migratory flows that will continue to come to us in Europe. They also have economic solutions to encourage the African youth to develop professionally at home, without it costing more than today !!!

Why do not we come up with such solutions then? Because there is no political will on the part of our states’ heads in Europe! The “27” forming the European Council.

MEPs, for their part, voted well in the European Parliament and in the majority, practical changes to the Dublin Treaty. It was a first step to finally start to change things. But the European heads of our states, who have control of the decisions of the migration file prefer the “Status Quo”. As the decision-making rule at the European Council is “unanimous” and they can never reach an agreement, we are far from finding a solution.

It is therefore up to the people of Europe to tell them that we no longer want these losses of European public funds, which only benefit multinationals, the police and prison system, corrupt politicians and certain criminal organizations. Know that Europe has no way of controlling the use of these funds once they have been distributed to EU member countries.

But most of all, we do not want to see anymore men, women and children coming to run aground on our beaches or drowning at sea! They are also laughed at when European countries play Ping-pong with their lives in the Mediterranean Sea !

It is high time to publicly ask European Heads of States to put in place a common migration policy in Europe. With such a policy and programs for development  and professional training in countries providing immigration, better management of migration flows is possible, without it costing more than today.

A common European migration policy requires a long-term vision, anticipating what human mobility could be in the next 15 to 20 years, preparing scenarios and adapting solutions. It is to define a European framework in which we evolve, where we set ourselves objectives and where we plan measures to implement. Certainly, will not be perfect but much better than what we know right now!

It is precisely to ask such a policy to the European heads of state that Georges Alexandre will make another symbolic kayak crossing in early October in the Alboran Sea. This time, it will be between the Spanish enclave of Melilla, on the Moroccan coast, until Almeria, in Andalusian Spain (a distance of 177 km).

Migratory routes between Turkey and Greece as well as between Libya and Italy are now closed. If nothing changes, we will soon see the Mediterranean Sea, located between Morocco and Spain, become the next “maritime highway” borrowed by migrants, but also their next cemetery!

So let’s ask our heads of states of the European Council, to assume their responsibilities and to manage with dignity and humanly a situation that has lasted too long. That would be beneficial for us in economic terms and for immigration candidates, in human terms.

Encourage the European Union to be worthy of the Nobel Peace Prize awarded to it in 2012 for “contributing for more than six decades to promoting peace, reconciliation, democracy and human rights in Europe“. 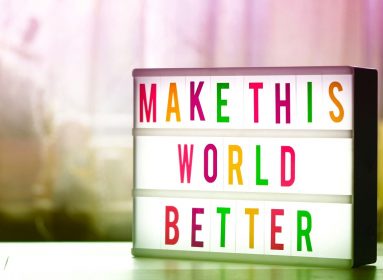 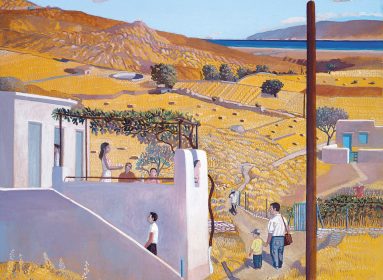 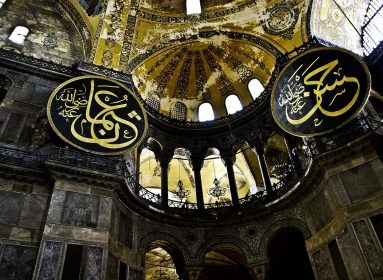