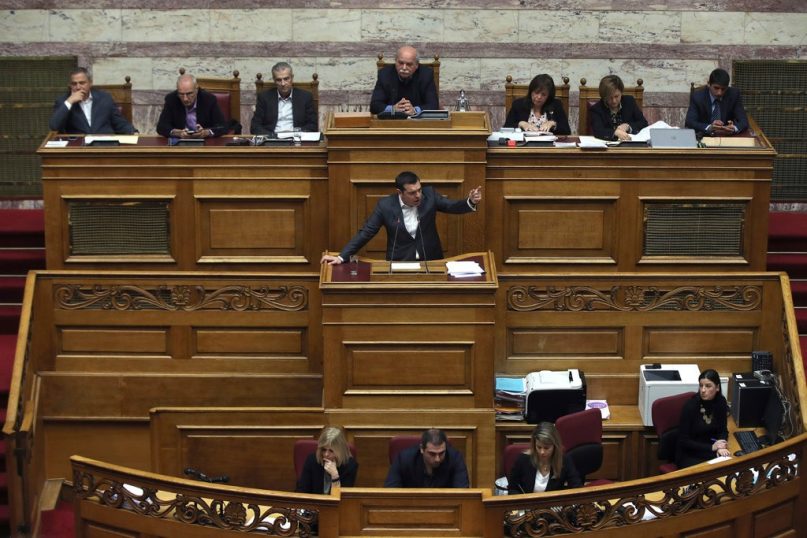 ATHENS — Greek lawmakers on Wednesday entered a second day of acrimonious debate before a late-night confidence vote that the government of Prime Minister Alexis Tsipris was widely expected to survive, but barely.

The prime minister was expected to scrape by with the support of a handful of defecting lawmakers from the former coalition party — the right-wing Independent Greeks — and a independent legislators. Mr. Tsipras’s Syriza party has 145 seats in the 300-member Parliament and the support of an independent lawmaker.

In an impassioned speech to Parliament on Tuesday, Mr. Tsipras appealed for a renewal of confidence, declaring that his administration had extracted Greece from its international bailouts and still had work to do.

“I call on you to give a clear answer: do you trust this government to continue or not?” he said.

The leader of the conservative New Democracy, Kyriakos Mitsotakis, whose party is far ahead of Syriza in opinion polls, called the coalition breakup a “staged divorce,” designed to eke out the government’s control. The vote of confidence should be given by the Greek people, he said, through elections “here and now.”

Mr. Tsipras has insisted that his government would remain in power until October, when its four-year term is due to end.

Analysts believe, however, that he is likely to call elections earlier, whatever the outcome of the confidence vote, expected at midnight in Athens. They underline the difficulties a minority government will have in passing legislation and the possible negative impact on financial markets.

“Unfortunately for Tsipras, political instability has come just as E.U. creditors and markets are assessing the government’s willingness to continue reforming, now it is no longer subject to the constraints of a formal bailout,” said Mujtaba Rahman, managing director for Europe at the Eurasia Group, a consulting firm based in London.

Foreign auditors are to meet next week in Greece for a post-bailout review, with talks expected to focus on the enduring problems of Greek banks and their nonperforming loans, as well as taxation.

The catalyst for the challenge to Mr. Tsipras’ government was a proposal to rename the neighboring nation of Macedonia. Greece had long blocked Macedonia from joining NATO, insisting that the country’s name implied territorial claims to the Greek region called Macedonia.

Last year, the two nations signed an agreement for Macedonia to change its name to North Macedonia. The Macedonian Parliament approved the accord last week, and the Greek Parliament is to consider it in the coming days.

But the proposed change does not go far enough for many, including the Independent Greeks, who cited it in quitting the government. Thousands took to the streets of Athens and other cities to protest the deal last year, and a rally is planned on Sunday.

Some people have gone beyond protest. This week, a 63-year-old retired naval officer was arrested on charges of sending threatening messages to a government official over the Macedonia agreement.

Over the weekend, a top prosecutor launched an investigation into reports that several lawmakers had received threats warning them not to back the deal. And the police in northern Greece said on Wednesday that they had arrested four people over “wanted” posters targeting Greek lawmakers who support the name change.

Despite the upheaval, officials have expressed confidence that the Macedonia deal will pass with the support of opposition and independent lawmakers. But the outlook appeared unclear after the centrist party Potami, which had originally indicated it would back the pact, said it was reviewing its stance.

Mr. Mitsotakis, whose party strongly opposes the Macedonia name change, condemned on Tuesday what he claimed were “transactions” between the prime minister’s office and non-Syriza lawmakers to secure support for the government.

The leader of the Independent Greeks, Panos Kammenos, had been the defense minister, and the party’s departure from the governing coalition gave Mr. Tsipras a chance to make changes.

Notably, he installed the head of Greece’s armed forces, Adm. Evangelos Apostolakis, as defense minister, the first time since Greece’s military dictatorship that an active military chief has served in the post. There is speculation of a wider cabinet overhaul as Mr. Tsipras seeks to appeal to more moderate voters.

“The picture is likely to remain mixed at best,” Mr. Rahman said. “Any cabinet reshuffle which brings more moderates into the cabinet to appeal to centrist voters ahead of this year’s elections will probably be offset by the fact Tsipras has now lost his parliamentary majority.” 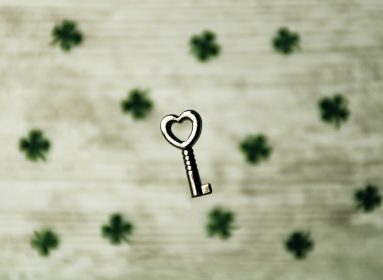 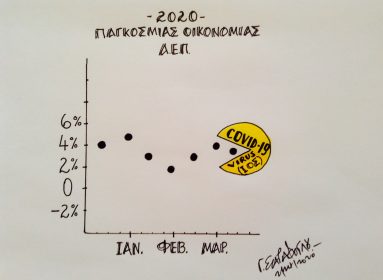 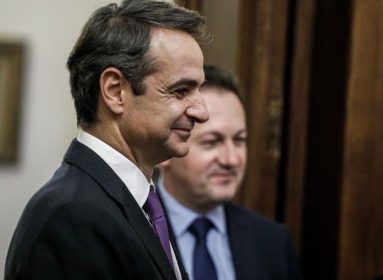 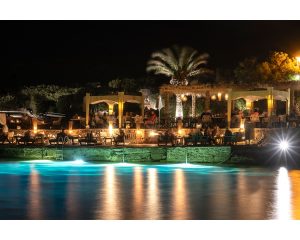