Practically everyone in the international financial markets, nowadays, is familiar with the various proposed solutions, regarding the Greek national debt crisis. Even so, investors have defined goals, a very important one of them being to ensure the safety of their exit strategy if engaged in potential new investments in Greek national assets, even in cases where Greece could provide them with serious investment opportunities. Otherwise, for them, to participate in a Greek company, only targeting the Greek market, isn’t something terribly exciting.

Furthermore, it is common knowledge that there is no way for Greece to repay its huge debt, without having to go through a “haircut”. The fiscal numbers just don’t add up. It will take up to 20 years for Greece to repay its current debt. Our proposal in this paper is more direct, relatively easy to implement and it can be much less financially damaging to all parties involved. Our proposal calls for a debt-to-equity conversion.

In a nutshell, here is how it should work: the Greek State would form a holding company (e.g. Hellas Holding), where it would pledge (contribution in equity) all its real estate assets, domestic and foreign, as well as, all its share participation in listed companies. The total asset base of this newly created holding company should be in the range of €300-400 billion.

Next, the Greek State, through an IPO, should list, say, 65% of this company (e.g. circa €195-260 billion) in a reputable and highly liquid stock market (i.e., the Frankfurt Stock Exchange, in order for the whole deal to be regulated by the strict German Capital Authorities). This means that the next official due diligence will find every asset not over-, or under-estimated, but closer to its actual market value. And, of course, it is implied that the Greek government will not have the ability or the choice to select its own Advisors, as it was done in the past. Because this is the main problem of Greece; how could potential investors trust the numbers (that is, the valuation of the Greek assets) based on their previous experience with the infamous now Greek Statistics!

The aim of the proposed listing must be to use the liquidity generated, through this IPO to repurchase and retire Greek Government debt; preferably long-term issues (as these are currently trade at the lowest discount and, of course, they do carry higher coupons). Going a step forward, the company would be self-funded, through the administration and management of its asset portfolio (rents, dividends, asset sale/purchase, etc.).

With the appropriate anti-dilution and anti-takeover provisions, the Greek State will be ensured full control of the new founded company, while retaining full ownership of its sovereign assets. Even better, when the Government comes to a point where it can create surpluses, Greece with its holding company can buy back shares or stocks in the open market, thereby actively managing its ownership, in an optimal manner. At the same time, investors will own equity in a company, with sound and tangible assets that will be valued independently and transparently.

A key factor for this deal to be successful is the management of the holding company. It goes without saying that it is imperative that the management team is consisted of high quality professionals, mutually accepted from all sides (i.e., the Greek State, the IMF/EU authorities and the investor community). These people must be fully independent from the major bondholders, something extremely difficult, of course, but not impossible to be accomplished. In addition, they must be highly experienced with asset management and project financing deals. Most certainly, they must not be directly or indirectly guided (or otherwise controlled) from the Greek government, or IMF/EU authorities. The operational and decision-making independence of the management team is a crucial and absolutely necessary component that will ensure the feasibility of such an endeavor. The listing process and the Corporate Governance rules could avoid such problems or mishaps.

We certainly do know that such a proposal may just be wishful thinking. Nonetheless, we do feel that someone has to offer an alternative solution to the Greek problem. A proposal that makes sense and protects the interests of all sides. Furthermore, we believe that this represents an elegant and viable solution, because:

– it would remove the risk of default from bond investor portfolios, by replacing their holdings in Greek Government Bonds (GGBs), with equity shares in a company: that will own hard, tangible assets, such as buildings, land and shares in listed companies

– nothing gets sold (at a highly depressed valuation, or in a fast track manner) and the Greek Government retains sovereign ownership and control of its assets

– a very large portion of the Greek debt gets repaid, without a “haircut” or with further financial discomfort to existing holders of GGBs,

– the coupon and debt-service load is removed, as an unnecessary burden, from the State budget, for many years down the road, allowing for more financial flexibility and fiscal choices, and, finally,

– the Greek government could be able to work out better fiscal policy decisions or deeds.

We believe that Greece can do much better job in order to save itself from this crisis. We also believe that the final solution given to the Greek fiscal crisis must be enduring in nature and not just a quick fix. It must give lots of breathing room to the country, its officials and its people, to stand on their own feet again. Removing the debt burden is a step in the right direction. Doing it in a way that does not create undue financial stress or trauma? Priceless. 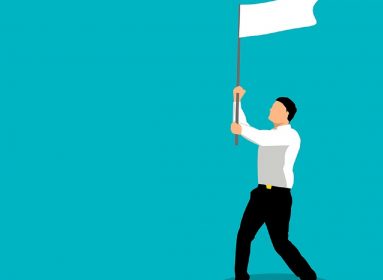